University of Arkansas for Medical Sciences

Alison Oliveto, Ph.D., is Professor, Vice Chair for Research and Director of the Center for Addiction Research in the Department of Psychiatry at the University of Arkansas for Medical Sciences. Dr. Oliveto is a behavioral pharmacologist by training. For almost 3 decades, she has been primarily focused on researching potential medications and evidence-based behavioral interventions to improve treatments for opioid, cocaine and/or methamphetamine use disorders. Having become increasingly frustrated with the life-long struggle drug use disordered patients face, Dr. Oliveto started shifting her efforts toward investigating effective prevention strategies. Given the opioid crisis and rise in young people using prescription drugs such as opioids, Dr. Oliveto is working on the development of an effective, easily-accessed gamified adolescent prescription drug misuse prevention intervention with UAMS colleagues and Little Rock Games. She leads the UAMS team partnering with Midsouth and DAABHS to expand the capacity of the Statewide Epidemiological Outcomes Workgroup, which helps guide effective prevention efforts in the state. 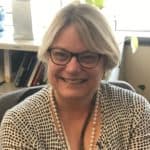 Mary Bollinger, Ph.D., is a demographer with the Center for Health Services Research at the University of Arkansas for Medical Sciences as well as an investigator in the Center for Mental Healthcare and Outcomes Research (CeMHOR) at the Central Arkansas VA Healthcare System. Dr. Bollinger has conducted research on the mortality experiences of US veterans of Iraq and Afghanistan, pain and mental health in minority populations, and acute and chronic disease in Veterans.  Dr. Bollinger led the workgroup conducting geospatial analyses of rural Veteran healthcare needs, implementation of the VA MISSION Act to extend care to Veterans using community providers, and identification of community contextual factors related to Veteran suicidal behaviors.  Her research interests include access to mental health care, rural health, suicide and geospatial methodologies. 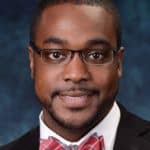 Austin Porter, Dr.Ph., MPH, is an assistant professor at the Fay W. Boozman College of Public Health at the University of Arkansas for Medical Sciences and Deputy Chief Science Officer at the Arkansas Department of Health, has more than 10 years of research experience and 8 years of experience in injury epidemiology. Austin received his B.S. in Biology from the University of Central Arkansas in 2005. He then went on to earn his Masters and Doctorate in Public Health from the University of Arkansas for Medical Sciences with a concentration in Epidemiology and Public Health Leadership in 2009 and 2016, respectively. Starting as the injury epidemiologist in 2010, he has created injury profile brochures that features information regarding risks, prevention, available resources, and data for various injury mechanisms in Arkansas. In addition, Austin has been very involved in the development and evaluation of the Arkansas Trauma System by serving on numerous committees, publishing peer reviewed articles, and leading several projects. Austin has devoted much of his professional career in the field of trauma and injury prevention for the improvement of public health in Arkansas. 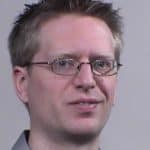 Jeff Thostenson, M.S., received a Bachelors of Science degree in Mathematics and Statistics from the University of Minnesota at Morris. Jeff worked for four years as a Data Analyst at the Mayo Clinic in Rochester, MN, prior to attending graduate school at Iowa State University, receiving a Masters of Science degree in Statistics. Jeff then joined the Department of Biostatistics at UAMS in 2005. Since his appointment, Jeff has been involved in the analysis of a wide range of Among a wide range of research projects, including several substance abuse related projects.

Darla Kelsay is the Substance Abuse Prevention Coordinator for UA Little Rock MidSOUTH Center for Prevention and Training, where she oversees the Regional Prevention Provider system under the Substance Abuse Block Grant.  Before she came to MidSOUTH in late 2016, she worked as a Regional Prevention Provider for six years, educating and organizing communities in five counties to prevent and reduce substance abuse among youth and adults. A Certified Prevention Consultant, she serves on the board of the Arkansas Prevention Network and holds a Bachelor’s Degree in Journalism from Ball State University. 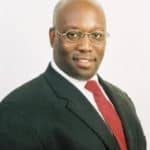 Derrick Newby is a Certified Prevention Consultant at UA Little Rock/MidSOUTH Center for Prevention and Training. For the past twenty years, Derrick has worked in the private and public sector, in fields affecting public health, family enrichment, community development, and prevention. He graduated from the University of Arkansas at Pine Bluff with a degree in Psychology in 1999. He graduated from the University of Arkansas at Little Rock in 2004 with a Master Degree in Public Administration with a focus in Nonprofit Management. In 2010 he earned his certification in grant writing from Fort Hays State University. He served as vice-chairman on the Communities Against Drugs Coalition in Pine Bluff Arkansas for two years and currently serves as the chairman for the CARES Mentoring program in Pine Bluff. He is a certified cultural competency trainer and a certified suicide prevention counselor.

Chuks Odor, MBBCh, MsPH, MHSA, CPS, Prevention Manager at the MidSOUTH Center for Prevention and Training, knows that the initiation of drug use at an early age is a great predictor of addiction later in life. Hence, he is dedicated to health promotion, substance abuse prevention and early intervention to reduce the incidence and prevalence of drug use. He manages a team of prevention professionals responsible for overseeing and administering statewide prevention contracts, subcontracts and grants and serves as primary prevention contact for UA Little Rock/MidSOUTH with external stakeholders. He also oversees the ‘Baby and Me’ program at MidSOUTH. He is a Certified Prevention Specialist (CPS) and holds a medical degree (MBBCh) from University of Calabar, Calabar, Nigeria; a master’s degree (MsPH) from University of Westminster, London, England (UK); and a master’s degree (MHSA) from University of Arkansas for Medical Sciences, Little Rock, Arkansas. Previously he worked at DHS Division of Behavioral Health Services as a Prevention Program Consultant. He is a co-author of Prevention and Promotion Month-by-Month Call to Action and Planning Guide. 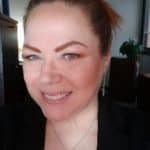 Jessica L. Simpson was raised in Arkansas, where civil rights became a passion of hers from an early age.  A graduate of the University of Arkansas at Little Rock with a BA in Philosophy and Criminal Justice, the legal system seemed the perfect fit for Jessica’s life goals. Fighting for those less fortunate led Jessica down the path of working in reentry, providing services to those individuals returning to society after being incarcerated.  As the Substance Abuse Prevention Project Officer for UALR/MidSOUTH, she plans to use her knowledge of drug misuse and incarceration rates to help communities be better prepared for the consequences of drug misuse and its devastating effects on the family dynamic.  Jessica has recently been accepted to Florida State University Masters of Social Work Program and will be pursing her LMSW. 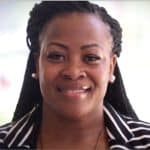 Tenesha Barnes serves as Director of Substance Abuse Prevention for Arkansas Department of Human Services/Division of Aging, Adult, and Behavioral Health Services (DHS-DAABHS) Drug Director Office. She directs and manages all aspect of prevention for the state of Arkansas, including over twenty-six substance abuse programs and various contracts, with University of Arkansas at Little Rock-Midsouth, Criminal Justice Institute, and University of Arkansas Medical Science. Tenesha and her experienced team, works to make a meaningful impact in the way substance abuse prevention is addressed in the state. Her goals for prevention are to educate citizens, empower communities, encourage collaboration, and enhance prevention efforts through community mobilization to foster a healthy and positive environment for the GREAT State of Arkansas. Tenesha holds a bachelor’s degree in Psychology/Sociology from Henderson State University and a master’s degree in Human Resource Development and Leadership from Webster University.

Kymala Calloway currently serves as the Grant Analyst for the Division of Aging, Adult and Behavioral Health Services.  She worked for Department of Finance & Administration for three years before she began working or for Department of Human Services.  She has worked in Mental Health for nine years before transitioning to Substance Abuse Prevention.  She is responsible for monitoring all prevention service contract/subgrants invoice/spreadsheet, engages prevention education a conference, events and the community through booth/exhibits throughout the state of Arkansas ensuring Prevention Awareness is promoted.

Amanda Hubbard graduated from the University of Arkansas with a Master of Arts degree and a Bachelor of Arts degree in Sociology. She also obtained a Bachelor of Fine Arts degree from the University of Arkansas at Little Rock. Amanda worked in mental health research for the Veterans Healthcare Administration for ten years prior to joining the prevention team at DHS-DAABHS. Amanda is the State Opioid Response Coordinator and works with team OPAL (Opioid Prevention for Aging and Longevity) from UAMS Donald W. Reynolds Institute on Aging.

Joycelyn Pettus received a B.A. in Criminal Justice from the University of Arkansas at Little Rock and is currently employed by the Arkansas Department of Human Services in Little Rock as a Program Coordinator for Substance Abuse Prevention. An advocate for community involvement, she plays an integral part in statewide prevention services through the Regional Prevention Representatives. Her professional interests focus on implementing substance abuse prevention services for all ages, gender, ethnic groups, as well as many other demographics. Trained as a Trainer in several evidence-based curriculums, Joycelyn is studying to become a Certified Prevention Specialist. When she’s not at work, Joycelyn enjoys spending time with her family, listening to music, and watching “Matlock” or “Sanford and Son.” 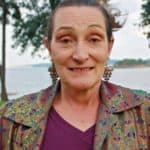 Virginia Stanick, Ph.D., currently serves as Project Director of the State Opioid Response project (funded by SAMHSA). She is an Arkansas native who returned in 2013 after spending most of her adult life living and working in New York City. She earned a B.A. (Hendrix College), MSW (clinical social work, University of Arkansas at Little Rock), and Ph.D. (Cognitive Neuroscience, The City University of New York). Her diverse professional interests and experience include human electrophysiology, neuropsychology, integrative/behavioral medicine; the majority of her career has been committed to clinical and research work in a variety of settings focused on substance misuse prevention, treatment, and recovery. Beyond her professional interests, she has been immersed in the arts throughout her life, began her college years as a piano major, and constantly has a visual arts project (or several at once!) progressing toward completion. 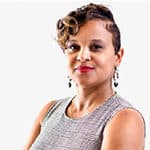 Kareba Tate completed her undergraduate and post graduate work at the University of Memphis and has more than two decades of experience in the fields of Early Childhood Education, Prevention, Service and Leadership. Her passion is building program infrastructure through education, compliance and people.  She currently serves the state of Arkansas as the Partnerships for Success Director–an enrichment program designed to address one of the nation’s top substance abuse prevention priorities–underage drinking among persons aged 9 to 20. Kareba enjoys spending time with her family, reading, traveling, mentoring youth and listening to music.

Helenia C. Valencino was born and raised in the Robert Taylor and Cabrini Greens project homes (where Good Times and Candy Man was filmed) in Chicago Il. She always knew education was the way out of poverty. Her reason for taking a License Practical Nursing course and graduating. She served in the United States Navy as a Corpsman pursuing her love in nursing taking care of others. While in the navy she received her B.A. in Business Management/Psychology from Hampton University in Hampton Virginia.  She serves and volunteer in her community on several committees such as the Arkansas Black Caucus and Restore Eudora Chairman of the board, as well as Sister Friends of Central Arkansas. She has worked for the Department of Human Services for 15 years in procurement and contracts. She is currently the Prescription Drug Overdose Project Director for the Division of Aging Behavioral Health Services. She would say her greatest accomplishments is being a mother of four.